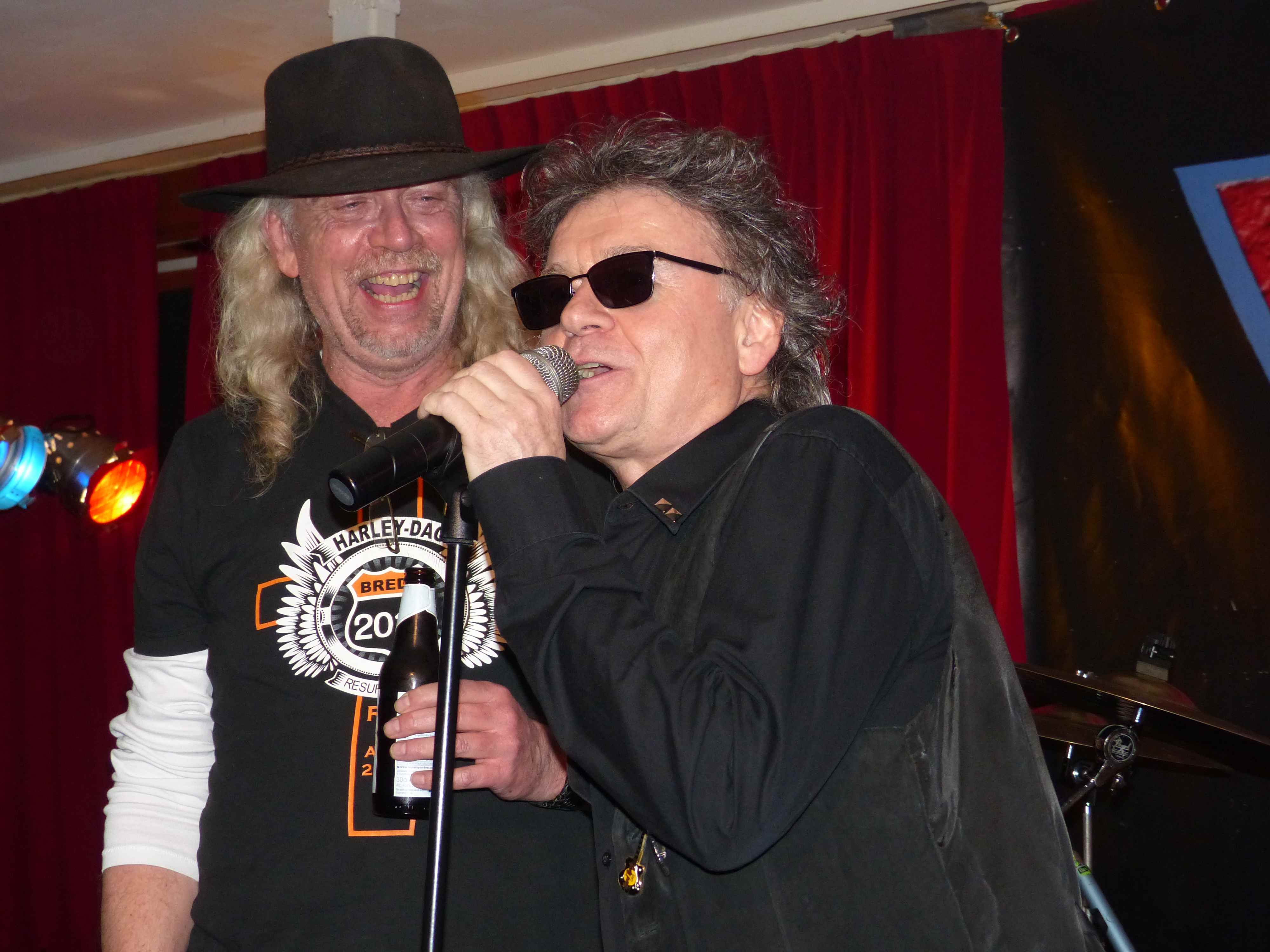 It’s always nice to come to my hometown Breda for an evening of hard rock. Unfortunately, Breda may not be the best city for that. Every now and then though, there is a good reason to go there and HIGHWAY CHILE with Breda rocker at heart Gert Nijboer on guitar is definitely one of them. The place to be tonight is the pub, where Rita and I spend our first night out together, about 28 years ago now, Bel Air. Back then, it was HOUDOE & BEDANKT that was playing here with Peer Verschuren on lead guitar. What a great evening that was. Now it’s time for HIGHWAY CHILE, another legendary band, that would also play some HELLOISE stuff tonight. After all there are three members of HIGHWAY CHILE playing in both bands. We arrived in Breda pretty early and so there was still a little time for a cup of coffee and a short chat with some of the band members. After that, it was time for the band to get things going here. Everywhere in the pub you could enjoy the gig, because the show was transmitted to a TV set, that was in the front of the bar. But the best way to enjoy this fantastic music is of course to be in front of the stage. The sound of the music has got to move your trousers and you will have to feel the bass guitar pumping in your stomach. And HIGHWAY CHILE’s music will exactly do that, believe me. A lot of our Belgian friends even came over to see the show. I saw a whole of familiar faces and it really felt like old times would be relived tonight in Bel Air. It’s 2005, when Gert joins HIGHWAY CHILE and it’s good to see him perform in Breda again. The bar is very crowded, when the band walks on stage. Well, the show is about to start, so you’d better fasten your seatbelts. Happy birthday to the man, who organized the party, by the way. I hope, you had a fantastic evening and you liked the exclusive HELLOISE gifts, that were given to you during the show.